Posted on June 25, 2018
This is part 3 of EOS quick-start. Please makesure you have completed [Part 2] Install from sources and have all requirements installed. Before we begin First things first: By voting you are accepting the EOS Constitution. Make sure you have read it! As we already stated in [Part 1] Introduction, EOS is in many ways a social experiment in governance. One of the aspects of this is voting for block producers and you vote matters. [Read More]
crypto  cryptocurrency  blockchain  eos  cli  voting

This is part 4 of EOS quick-start. Please makesure you have completed [ Part 2 ] Install from sources and have all requirements installed.

Also refer to [ Part 1 ] Introduction for basic information on EOS.IO

after the build successfully finished, you need to run

this will generate data and config folder with default config.ini  file in you working folder, then stop it with Ctrl + C.

This is part 2 of EOS quick-start. Please refer to [ Part 1 ] Introduction for basic information on EOS.IO

In EOS.IO there are three main progreams that weare going to use througout this tutorials:

This is the simplest and easiest way. Just run the following command to get into EOS enabled shell:

So according to the README on https://github.com/EOSIO/eos, all I need to do to run local testnet is:

What the heck is EOS, and why should I care?

According to EOS.IO: EOS is a software that introduces a blockchain architecture designed to enable vertical and horizontal scaling of decentralized applications.

But what does it mean?..

This is a post that shows how to install and configure serverless framework for google cloud platform.

What do you mean serverless?..

For those of you who don’t know, serverless architecture is an architecture in which you get a dynamic allocation of machine resources and charged for the actual amount of resources consumed by an application, rather than on pre-purchased units of capacity. So, if you have some highly scalable short tasks this should be perfect, but if you have some very frequent and long-running tasks, this type of architecture might not the best feat.

Android emulator fails to start after an update

A week ago, after some update(not really sure which one), I faced a very frustrating issue: I could not start my android emulator(AVD) anymore. It failed with a not very informative error:

How to install your own parse-server on OpenShift

UPDATE October 2017: As of today, OpenShift 2 is officially reached its end of life and is shut down rendering this guide irrelevant. I will keep it here for historical purposes.

Please note that this guide was for version 2 of OpenShift cloud platform. parse-server-example supports OpenShift 3 platform out of the box, so there is no need for any external guide.

TL;DR just take me to the instructions 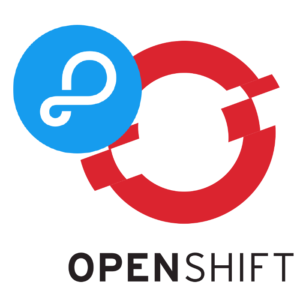 Few months ago I was consulting a start-up called AbiliSense on their cloud solution. They build this amazing mobile app for people with hearing disabilities. After understanding their service needs we decided to go with Parse BaaS solution, and it was all good until the dramatic Parse Announcement  about the retirement of their services. So there was a bit of frustration.. But then we realized that parse-server gone open-sourced, so I said: You know what, this is even better! We will still use it as before, but now we will also own it!

How to install upstream kernel on debian testing

Sometimes you need to install the latest and greatest kernel image on you Debian testing installation. In most cases that is to support some newer hardware piece, or to get latest features. You have two choices here: You can either compile it from sources, or you can just take it from the Debian experimental repository. There are plenty guides online on how to build you kernel from sources, so we won’t go into it. Instead i will explain how you can grab a ready build from Debian and save all this time configuring and compiling kernel source code.

How to install Android ADT Bundle with Eclipse on Debian x86_64

This is a very old post and you probably should not bee reading this, because it is deprecated. But if you insist, suit yourself.

Due to missing 32 bit libraries installation eclipse adt bundle fails to run on x64 Debian installation. This is how you can fix this: